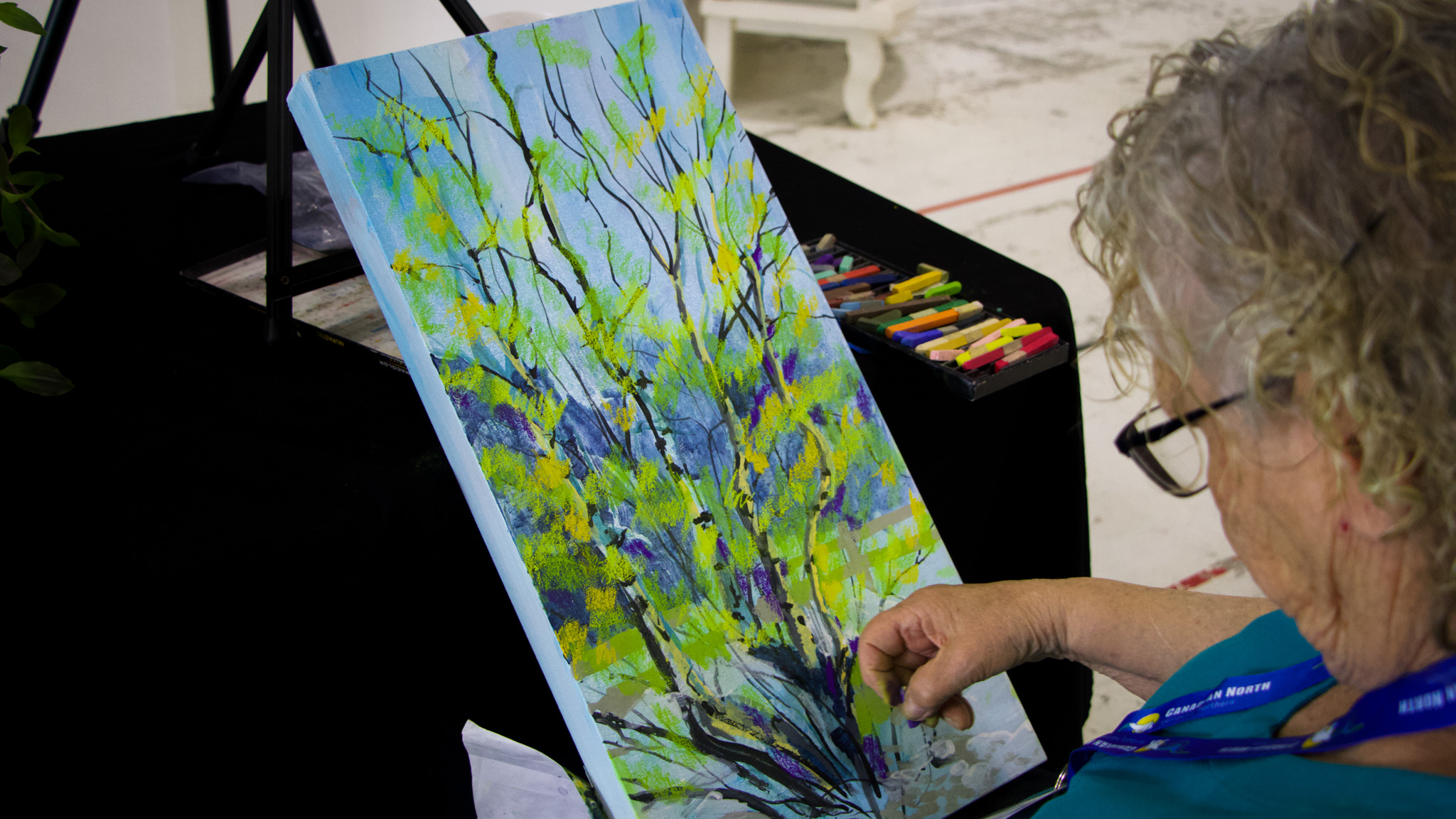 Each year, the Great Northern Arts Festival welcomes artists from Canada’s northern communities and visitors from around the world. This year, many artists say the theme sounds like “inspiration.” Inuvialuit elder Gerry Kisoun has attended

Each year, the Great Northern Arts Festival welcomes artists from Canada’s northern communities and visitors from around the world. This year, many artists say the theme sounds like “inspiration.”

Inuvialuit elder Gerry Kisoun has attended the festival since its inception in 1989. He says the importance of the festival has remained the same as 30 years ago.

“It’s a big party. It’s great to see how they bring the art and show it to up-and-coming artists, to show them what can actually be done there,” Kisoun said.

“Seeing that in the gallery, some of those clothes that we used to wear at one point, it’s so nice. It brings back memories. »

Inuvik resident Dustin Smith, appearing at the festival for the first time, has been sewing for two years and is the festival’s fashion coordinator.

At his booth this week, Smith was working on a traditional Delta braid for a parka.

“Seeing people looking at my work warms my heart. You don’t see people doing what I often do,” Smith said.

The festival also motivates artists who have not always made their home in the North.

Karin Lange says she has been creating art since she was little. Having moved to Inuvik seven years ago from Penticton, British Columbia, she feels the North is helping her provide what she calls the “good quick kick in the rump” she needs to develop his “impressionistic kind of old lady”.

“I want to have a different vision. I want to be liberated, to have the courage to be liberated in semi-abstract art, in more emotional art, rather than painting swans, cygnets and flowers,” she said. “These are all predictable things.”

Now 81, Lange says she feels a strong desire to “step up to do something different and more poetic.”

Having an event like the Great Northern Arts Festival gives her the opportunity to do that, she said.

“I’m very encouraged and affirmed, and I feel like my artwork is a bridge to other people because they open up and share with me what they get out of it, and what kind of beauty they see. , and that’s really important.”

His ambition now is to immerse himself in writing.

“The artists of the North are collaborative”

Painter Blair Thorson, of Spruce View, Alberta, is known as ‘the map guy’ for his realistic images painted on maps, an art form he began on a trip 15 years ago .

Thorson is currently completing a set of three paintings depicting caribou and wolves on a map of the Yukon.

“I’ve been painting since I was a kid, but I started out with pen and ink and just a lot of black and white stuff,” he told Cabin Radio.

“I was a cartoonist. I had moved from British Columbia to the Yukon and they didn’t need a cartoonist, so I started painting.

Thorson had scheduled two cartoon workshops this week. He says teaching the skill to children feels like a “respite”.

Teaching his form of painting on cards, he said, is much trickier, but “when you give kids a box to draw in, they come up with great things.”

This is Thorson’s seventh appearance at the Great Northern Arts Festival.

“In the south, the artists are so much more competitive, but in the north, if someone comes to me and says ‘do you know a basket maker?’, I will send it to Cathie [Harper]and if anyone wants something painted on a card, it will be sent to me.

“It’s really inspiring and great to be so collaborative. We meet all week, we exchange ideas and we tell stories.

“It’s so nice to be under one roof at the same time.”

Harper, a basket weaver from Yellowknife in her eighth appearance at the Inuvik festival, says spending 10 days creating and watching others create is a “great opportunity.”

“By meeting and mixing artists from all over the North and other parts of Canada and the world, you get some really interesting ideas and different ways of doing things,” she said. “And sometimes you end up with a collaboration.”