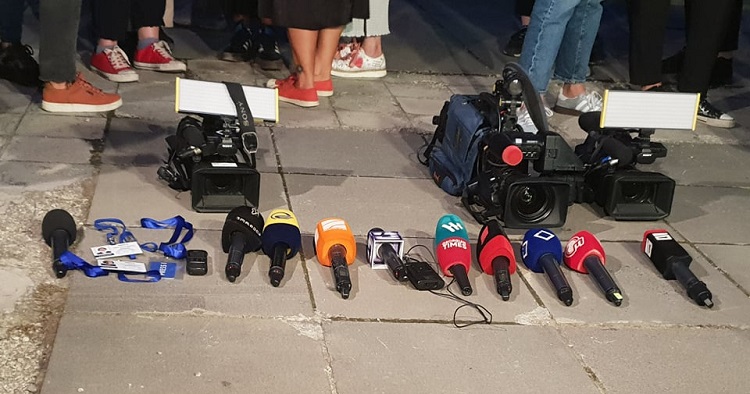 Media monitoring research results released by the European Union (EU) and UNDP earlier today show that ‘tensions between media camps have only increased’ between the 2020 parliamentary elections and the 2021 local elections. In addition,

Media monitoring research results released by the European Union (EU) and UNDP earlier today show that ‘tensions between media camps have only increased’ between the 2020 parliamentary elections and the 2021 local elections.

In addition, “deep partisan divisions” have defined the electoral media environment in Georgia throughout all of the recent elections.

Based on the monitoring results, during the pre-election monitoring period between July and September, “polarization was pronounced in all sectors of the national media and, to a lesser extent, regional and local”.

Some of the media, which were “relatively balanced last year, are now showing clear signs of political preference.”

Political divisions on television were most evident in July, when homophobic pogroms and violent attacks on journalists dominated the media agenda. Although all national televisions followed the events closely, most of them manipulated their audiences by spreading political prejudices and portraying in a negative way the political forces which they did not favor. National television Facebook pages have reflected this trend by supporting some political forces and humiliating others, ”the surveillance report said.

He also notes that regional and local television stations were “more focused on national news coverage than on local developments, but failed to provide their audiences with high quality information.”

Unverified sources of information and offensive language “remained a problem in the national print media”, while regional and local newspapers offered relatively unbiased reporting and a diversity of opinion.

Today we released the results of the pre-election media monitoring with @UNDPGeorgia. Surveillance of 54 national and regional media showed increased division and polarization in Georgian media.
Learn more: https://t.co/cLt5wG9IGB pic.twitter.com/OxP5x92fS7

The situation was different in the digital media industry.

National publications were less polarized and more informative and balanced, while regional and local digital media lent themselves to political patronage and used unreliable sources of information. However, compared to television, political pressures and polarization were much less evident across the digital media industry. “

Compared to the 2020 electoral cycle, fewer instances of language discriminating against women were recorded during the monitoring period in all sectors of the media.

The deputy head of the political section of the European Union delegation to Georgia, Evija Kotan, said that “the media landscape reflects the polarization of Georgian society which becomes particularly evident at election time”.

Voters trust the media to make an informed choice at the polls. Georgian media can be commended for presenting a wide range of opinions and party options. However, political bias, unethical reporting and unverified sources of information remain a problem in many parts of the media, ”said UNDP Deputy Director in Georgia, Anna Chernyshova.

The EU-funded monitoring of media coverage of local elections covers 54 media outlets, of which 27 are national and 27 regional.

Media research will continue throughout the electoral cycle, covering an election campaign, election day and a post-election period.