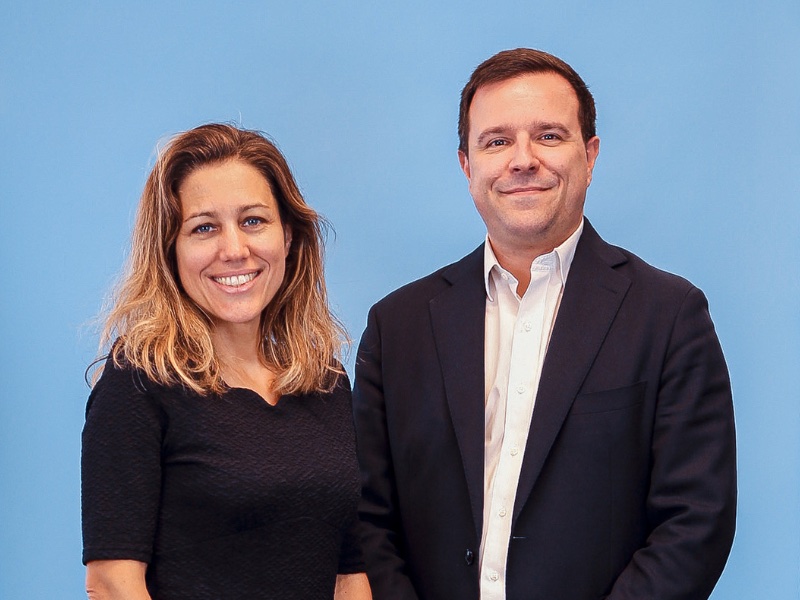 The acquisition comes after Jin raised €3 million in private equity in 2020, with the aim of building a leading European digital agency. Opinion Act’s team of 35 brings Jin’s headcount to 120 in Paris, Lyon, Berlin and London.

Under the terms of the agreement, Opinion Act CEO Caroline Faillet (pictured, left), who founded the firm in 2004, joins the Jin Group’s executive committee as group chief executive, responsible for community monitoring and research, and digital and web3 strategy consulting.

Jin CEO Edouard Fillias (pictured, right) told PRovoke Media that the agency’s founders had been discussing the merger for two years, ever since he met Faillet at a Jin event on sovereignty digital: “Caroline is an entrepreneur and Opinion Act is a great innovative company focused on digital communities, including healthcare and patient communities, lifestyle, food and travel – her biggest client is SNCF.

“There is a strong connection between us, and Opinion Act fits perfectly into what we call the cycle of positive influence, which includes understanding people and communities. It’s a big step forward for Caroline and a big decision for us. It’s a leap of faith for both of us, and clients can feel it’s about people and culture, not finances.

He added that there was also a good cultural fit between the two companies: “We are passionate about digital and we live online, and Caroline is the same – she will soon publish a book on the web3. We also both want to approach the internet in a different way: it has been marred by too much publicity and too much private data being taken and that has damaged trust. Our generation must rebuild trust with social network charters and the web3 strategy to advise customers in taking control of their digital environment.

Faillet added: “More than ever, trust is the foundation on which to build thought leadership for businesses. Neither social washing nor dark influence: companies must gain social acceptability in a transparent and committed way. Organizations must be connected to their communities, dialogue but soon also with the web3, to share power with them in a new economy of ownership.

Fillias said Jin plans further European expansion through organic growth and acquisition, with Italy and Spain in the lead: “We did the fundraising two years ago because we want to build a European leader in digital influence. We are currently in the UK, Germany and France, and will be opening in Italy and Spain within the next 18 months as many clients are now requesting work there.

“We need to find talent and we will grow organically, but we still have some funding space for external growth, so we will think about that rather than start from scratch.”