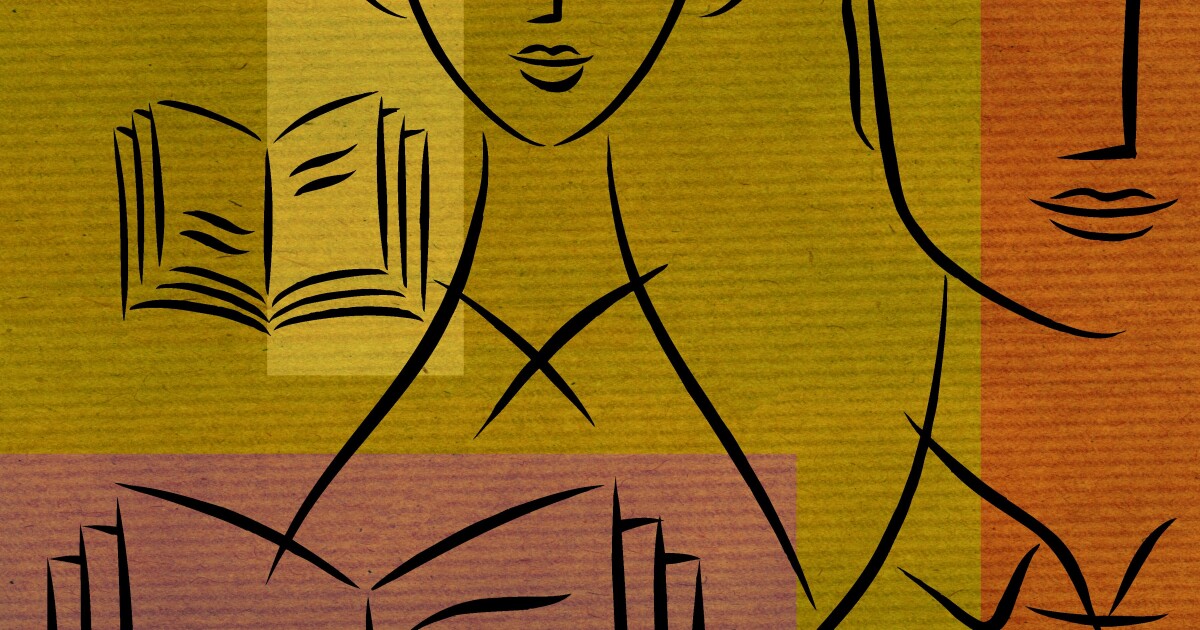 I started taking antidepressants a few months after my first novel came out. I couldn’t sleep at night, I cried at random times of the day. I had assumed that publishing a book would make

I started taking antidepressants a few months after my first novel came out. I couldn’t sleep at night, I cried at random times of the day. I had assumed that publishing a book would make me feel better understood. Still, I felt more disconnected from people than ever.

I should have been better informed. A painter has no control over the interpretation of his canvas, why should it be any different for a writer? Prior to publishing “Catalina,” I was a Special Collections Library Assistant at the Getty Research Institute, retrieving and returning vault archives. An archive is what’s left – the meticulous recording of every note, email, drawing, or receipt, backed up and stored so that one day someone can make something out of it – that makes an artist look like a human ordinary. The archive session, scholars sometimes call it, as they attempt to describe the feeling of wanting to own both the work and the artist; to want somea identify with rather than certainthing.

During the countless hours I’ve spent digging through archives for work, I’ve found pleasure in humanizing the Guerrilla Girls – the anonymous feminist group famous for its billboards outside the Met. Reading their faxes, letters, and receipts, I learned of internal bickering, backstabbing, and petty jealousies. It’s like me and my girlfriends, I thought, because we published a zine together.

Then there were times when an artist would come into conflict with who I imagined him to be. While going through the papers and postcards of surrealist photographer Man Ray, I discovered that he wanted to paint and despised making a living from photography. I had to reconcile this fridge magnet I owned from “Le Violin de Ingres” (Violon d’Ingres) with the man who only wanted someone to enhance his painting “The Imaginary Portrait of the Marquis de Sade” as much as him.

I’m guilty of that with writers too. I’m a huge Eve Babitz fan. She represents old LA to me. If I read a line from “Eve’s Hollywood” or “Slow Days Fast Nights” or “Sex and Rage” I’m bound to go straight to Musso and Frank and order two gin martinis with a twist, New York steak and a wedge salad split. Always followed by a walk along Mulholland, smoking Nat Sherman cigarettes with all the windows rolled down. But then I read “Black Swans” and she seemed out of touch and overly privileged. My image of her had been tainted, as if she had been stolen from me, and I felt frustrated, angry. There were no gin martinis or steaks or canyon walks after I finished it.

“Words. Make someone understand”, is a verse from Jean Rhys’ “Quatuor” which, for me, touches on the desire for transfiguration in writing and on the limit of words. They are ripe for incomprehension, that’s why the relationship between writer and reader is ambiguous at best. All I knew when “Catalina” was published.

But knowing and feeling are two different things. As an artist, I want to transfer ideas hidden deep within me. But I have no control over how my art is consumed. The way I communicate, feel and fall is beyond my control once my words are in the hands of a reader.

Even if “Catalina” is not an autobiographical novel, I had written it to make understand to someone how I see the world. So when, in an early review, my protagonist Elsa was called promiscuous, I felt like she was abstracted, cast aside. I had written to Elsa that she was intentionally provocative; represent every woman considered attractive who felt the weight – and judgment – ​​of that consideration. Shouldn’t my words have revealed the absurdity of our expectations of women? Calling her promiscuous felt like summing up a complex woman and rejecting her, judging her. I saw it as a misinterpretation of my intention and, therefore, of me.

It’s been five years since “Catalina” was released, and I still feel that disconnect at times, but the basic need for connection is why I write and that’s why I read. As a writer, I want to be understood. As a reader, I want to find understanding. Is it enough to cling to what I bring back from Babitz’s writing and leave the rest? Can I appreciate Man Ray’s photography and still be sympathetic to his pictorial ambitions? The reader in me embraces the concept. The artist balks.

Each of us is searching for what it means to be us. And, in this search, artists and their work become something we inhabit, to explore who we are, our likes and dislikes, how we want to see the world. Which can sometimes make the artist, who has created from a place of need for understanding and intimacy, feel even more alone. But perhaps the beauty of art is that it can serve as a bridge, a space where, even briefly, we see each other.

Liska Jacobs is an essayist and novelist. Her third book, “The Pink Hotel,” is set to be released on July 19. @LiskaJacobs