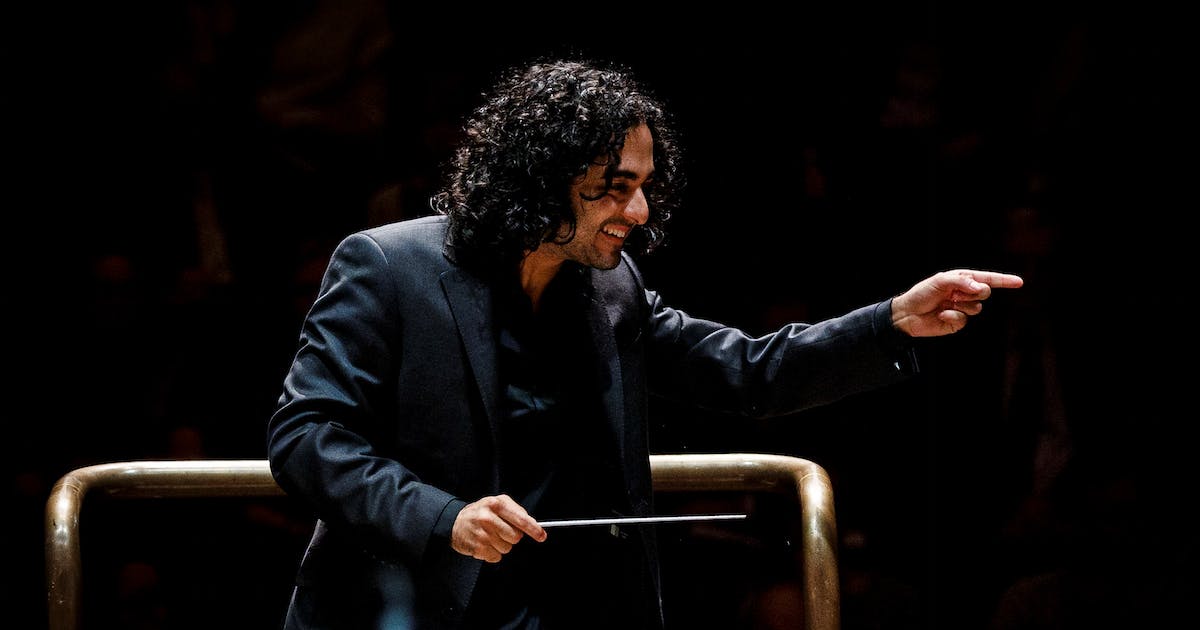 Why isn’t the rest of the year more like summer? I’m not talking about the weather, but about the concerts of the Minnesota Orchestra. Rather than sticking to the conventional style of presentation – conductor

Why isn’t the rest of the year more like summer?

I’m not talking about the weather, but about the concerts of the Minnesota Orchestra. Rather than sticking to the conventional style of presentation – conductor emerges to applause, leads orchestra in room, more applause, soloist emerges to play a concerto, repeats – why not rock things ?

Why not do something more like the Friday night program? Who says you can’t open the concert in total darkness and the spotlight gradually widens to pianist Jon Kimura Parker playing Beethoven’s “Moonlight” Sonata? Why can’t 10-foot-tall puppets frolic down the aisles during a theatrical rendition of Bedrich Smetana’s “The Moldau”?

And why not empty the room once the concert is over and invite a whole new audience for a chamber concert at the end of the evening?

Granted, you probably won’t get around 1,000 people for that last venture, like it happened on Friday. That’s because Osmo Vänskä won’t be adding a nice little postscript to his 19-year tenure as musical director with Johannes Brahms’ Clarinet Trio.

Judging by Friday’s multiple standing ovations, these adventurous ideas might be a hit. And if the orchestra sweeps through these audiences with as much rich sonority and palpable emotion as Friday’s performances of “La Moldau” and, in particular, Beethoven’s “Pastoral” Symphony, then I would not be surprised if many new faces were showing up at Orchestra Hall to see what surprises were in store for us.

It will help to get the conductor and the orchestra on the same page, as was the case on Friday. Englishman Kerem Hasan, 30, seemed like the kind of clear communicator you want in any leadership position, emphasizing a broad and often changing dynamic throughout the evening. And her vocabulary of graceful, ballet-like movement was ideal for such a transporting repertoire.

Among the destinations were outer space, thanks to Icelandic composer Anna Thorvaldsdottir’s fascinating “Metacosmos”, the banks of an awe-inspiringly beautiful river on “The Moldau” and the Austrian countryside, thanks to the Symphony ” Pastorale” by Beethoven. Hasan and the orchestra made each track an enjoyable journey.

Composed in 2018, the haunting “Metacosmos” is an often eerie soundscape that puts a large orchestra to good use. It abounds with evocative percussion and unusual string techniques, maintaining a tone of haunting drama.

In the heart of the beast, the puppet and mask theater brought Smetana’s “Moldau” river to life with the help of a long eel-like creature, foxes and rabbits frolicking on the banks (and marrying) and a frog playing the role of assistant conductor.

But no additional visual aids were needed for the “Pastoral” Symphony, as the orchestra clearly captured the composer’s vision. Hasan altered the tempos in intriguing ways, taking a few sections to a much faster pace than usual, but such choices only added to the excitement of a joyous and resonant performance.

And those who chose to make it a late night were rewarded with a beautiful interpretation by the Brahms Clarinet Trio. Returning to his first instrument — Vänskä was principal clarinetist of the Helsinki Philharmonic Orchestra before turning to conducting — he brought a rich sonority and a gift for conveying emotion, in this case a wistful melancholy appropriate to the occasion. Pianist Parker eloquently set the mood for the work, and the orchestra’s principal cellist, Anthony Ross, brought heart and seriousness to this latest collaboration with his longtime musical director.

What: Works by Beethoven, Anna Thorvaldsdottir and Bedrich Smetana

Rob Hubbard is a classical music writer from Twin Cities. Contact him at [email protected]