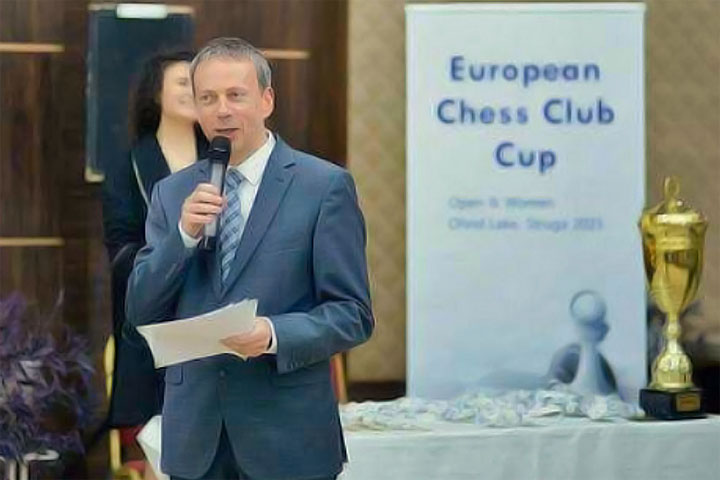 The difference between a good referee and not the best By IA Tomasz Delega, President of the Council of Referees of the ECU Hope it doesn’t bother anyone if we are talking about tournament cases.

The difference between a good referee and not the best

By IA Tomasz Delega, President of the Council of Referees of the ECU

Hope it doesn’t bother anyone if we are talking about tournament cases. Sometimes they are easy to identify and put one or more referees “in the spotlight”. Like all of us, we learn from the mistakes of others and our own, so it shouldn’t be a shame. The only man who never makes mistakes is the one who never does anything.

Imagine a simple situation, where the player claims the occurrence of the same position three times.

Usually, in such a case, the arbitrator’s focus is on resolving the claim, which is fair enough. So, the referee stops a chess clock (if not done by the player), questions the claimant about the scoresheet and starts checking. Sometimes it is very easy, but sometimes it can be very complicated, because the same position can occur, for example, every ten strokes. Then the referee, not being sure, replay the game from the start. It takes some time, depending on the number of strokes made, and finally if the protest is correct the referee announces a draw.

I would say the referee can be happy to announce the toss, otherwise things get complicated. One may wonder why, since there is nothing more to do than add two minutes to the applicant’s opponent and ask the players to continue the game.

Let me explain. Imagine that the referee has been checking the protest for five minutes, while both players were seated at the chessboard. This means that the referee gave the players five minutes of extra thinking time, which can be decisive in some positions. And that’s not how it should be. The laws of chess say

The idea behind these rules is to prevent players from sitting at the chessboard and thinking while the referee checks the protests! So why do referees keep making the same mistakes when they check a player’s complaints themselves? The simplest answer would be that they don’t know the rules, because these rules are quite new (2018). But I think most of them know the rules, but probably don’t understand what they are for.

It is not difficult to guess what the correct procedure should look like when checking out such claims. After stopping the clock, the referee should invite the two players to a separate chessboard and ask them to reconstruct the game and show him the repeated positions. Not because he’s lazy, or unable to do it, but to limit the players’ ability to think about positions and future moves. Moreover, by doing it this way, the whole process is easier, faster and safer because it eliminates possible mistakes.

The difference between not the best referee and a good referee is that the former knows the rules and the latter also understands what those rules are for.

The ECU E-Magazine October 2021 can be read online with interactive links and videos at the following link, or it can be downloaded from the ECU website.