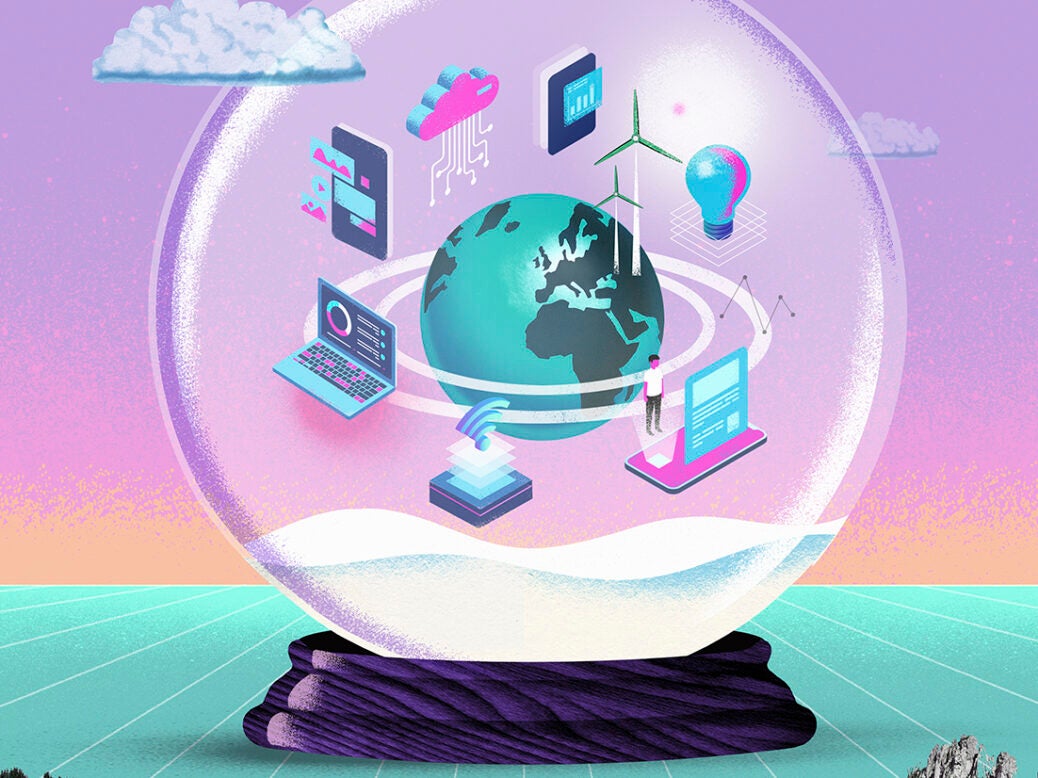 Twenty-five years ago today, July 1, 1997, the American technology magazine Wired announced the debut of “The Long Boom”, declaring on its cover: “We are facing 25 years of prosperity, freedom and a better environment

Twenty-five years ago today, July 1, 1997, the American technology magazine Wired announced the debut of “The Long Boom”, declaring on its cover: “We are facing 25 years of prosperity, freedom and a better environment for the whole world”. The indoor test was written by the magazine’s editor, Peter Leyden, and futurist Peter Schwartz.

The central idea was a smug neoliberal fantasy: open markets, free trade and technological innovation would bring peace, wealth, equality and sustainability to billions of people. Similar arguments abounded. In a New York Times column in December 1996, economist Thomas Friedman put forward his “Golden Arch Theory of Conflict Prevention”: “Two countries that both have a McDonald’s have never gone to war with each other . Francis Fukuyama argued that liberal democracy had been going global since 1989, and long before that, Kant had believed that “trade…is incompatible with war” (if only he could have met Dick Cheney).

The concept of the Long Boom stands out, however, because it put its faith not only in the idea of ​​capitalist peace, but in the notion that new technologies would bring about an era of economic, social and environmental progress. Computers, the Internet, biotechnology, and nanotechnology would turn every failed state in the world into grateful liberal democracies. Green energy would spread inexorably around the world because it was more cost effective. The economic vandalism of Reagan and Thatcher – “dismantling the unions, selling off state-owned industries and dismantling the welfare state,” as Schwartz and Leyden put it – turned out to be prudent management.

Today, from the perspective of the end of the projected 25-year duration of the Long Boom, his economic and political predictions seem hopelessly optimistic, but the illusion that technology will fix everything still holds.

[See also: Utopia in the age of climate crisis]

Some of the Long Boom tech prophecies were true: “Videophones,” they predicted, would “eventually catch on” around 2005 (the first iPhone came out in 2007) and “newcomers like Microsoft and Disney” would take over “in a monumental fight over digital TV” (Disney has more than 200 million streaming customers and is expected to overtake Netflix; it has also partnered with Microsoft on a ambitious project to digitize content production). In a few cases, the Wired wasn’t optimistic enough: He predicted that Intel would build “a chip with a billion transistors” around 2010 – a milestone the chipmaker actually reached in 2005.

For some, a long boom has materialized. Beginning in March 2009, stocks in the United States and the United Kingdom enjoyed a decade-long rally, the longest period of uninterrupted market rises in history. But that wasn’t because technology had suddenly made everyone more productive: the UK is one of the most innovative and tech-intensive economies in the world, but its productivity growth has plummeted over the of this period, while real wages remained stagnant. The new invention that sparked the financial boom was quantitative easing: to stave off disaster in 2008, central banks made debt cheaper than it had ever been and created more than 10,000,000,000 $ fresh money. The big winner was the least productive part of the economy: housing, the overvaluation of which had caused the crisis in the first place.

Technology has of course transformed work, but not in the way the Long Boom predicted. His big assumption was that because mechanization had made manufacturing more productive, computers would do the same for intellectual labor. There are still many people who think that; maybe they don’t have smartphones or Zoom meetings.

Smartphones have made it easy and inexpensive to monitor workers and only pay them for the actual service performed, allowing platforms such as Uber and Deliveroo to thrive. Almost one in six UK workers – 4.5 million people – now work for an online platform at least once a week, while an even larger proportion of workers have their time managed digitally. But productivity growth is driven by people learning new skills and starting new businesses, which doesn’t happen when people spend long hours in low-paying, precarious jobs.

The flippant assumptions of the Long Boom might seem awfully funny in light of how things turned out. He predicted that the retirement of the baby boomer generation would stimulate the economy (by creating a giant new market for biotechnology) rather than create a global social care crisis (by creating a giant new market to help people go to the toilet). He argued that China’s growth would democratize its politics. He believed that Britain would join the euro in the early 2000s. According to the Long Boom vision, Russia would stop “scaring the West” and become complicated with “the new work ethic”. The United States would quickly become “the world’s closest thing to a viable multicultural society”: immigrants welcomed with open arms, at a time when “diversity is truly valued.”

The bitterest laugh of all, however, is reserved for his predictions about the environment. Electric cars cause the end of oil in 2008 – the year which, in fact, saw both the highest ever peak and the highest average oil price in history – and “the generation of millennium inherited a planet that is not much worse”. What little damage is done to rainforests is quickly restored, perhaps by robots.

They’re still selling that stuff, by the way. Peter Leyden’s most recent work is titled The transformationa series of parts published online and written from the perspective of a Gen Z centenarian, reflecting back in 2100 on how his generation solved all the problems in the early to mid 21st century with, you guessed it, a technological and economic boom. It’s the logic of the alcohol dog – maybe the thing that caused the disaster can also be its solution?

There’s a part of Long Boom’s original essay that’s chillingly accurate. Towards the end, Leiden and Schwartz outline ten scenarios this could stand in the way: a new cold war between the United States and China; technology that hinders productivity; a Russian kleptocracy; the fracture of the European Union; global climate change; terrorism; soaring energy prices; “a modern flu epidemic” and “a social and cultural backlash”. For the next 25 years, it might be better to stick to a more pessimistic thesis, and hope to be wrong.