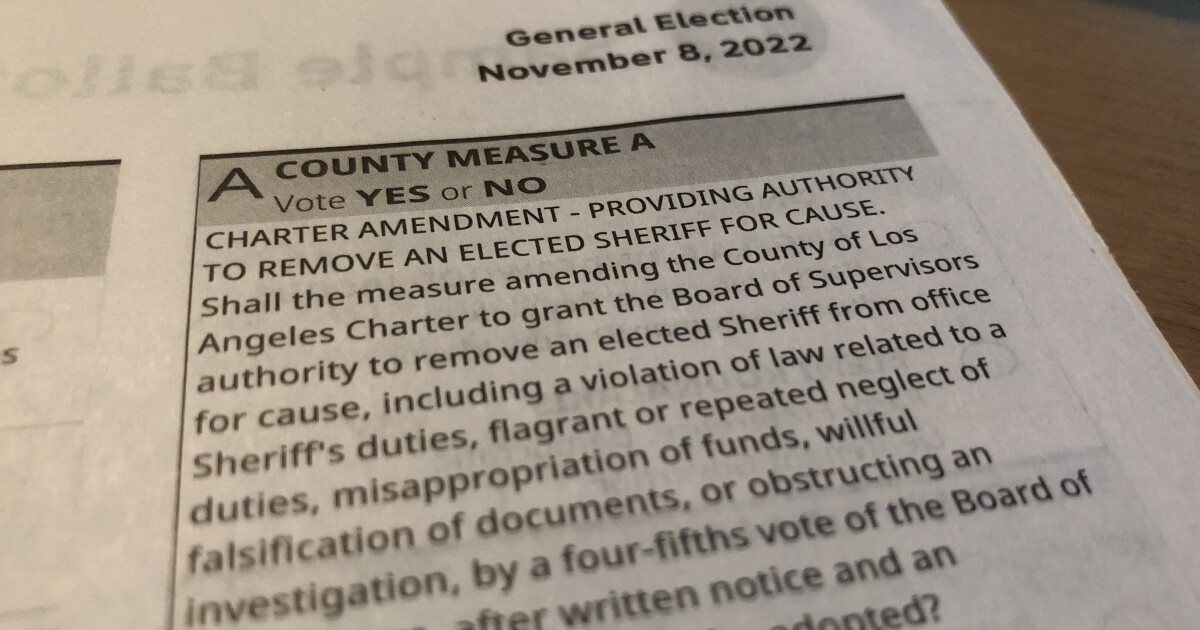 Start your day with LAist Sign up for How To LA, delivered weekday mornings. I love Los Angeles. I know you do too. Not only is my family here, but there is great weather, people

Start your day with LAist

Sign up for How To LA, delivered weekday mornings.

I love Los Angeles. I know you do too. Not only is my family here, but there is great weather, people and things to do here all the time.

But let’s be realistic. Los Angeles law enforcement has had its share of scandals. It has left a deep wound and lack of trust, primarily with communities of color who are heavily impacted by wrongdoing.

About the How to LA Newsletter

My colleague Frank Stoltze, our Civics & Democracy correspondent, began covering law enforcement in this city 30 years ago. Recently, he has closely followed Alex Villanueva’s career as LA County Sheriff and currently hosts a podcast on the subject, Imperfect Paradise – The Sheriff. As Frank reported, Villanueva is a complicated and controversial figure. It is defied subpoenas and is known to rehire deputies who have made mistakes. Villanueva is also known to have a complex relationship with the LA County Board of Supervisors who view him as someone who dislikes accountability and oversight.

This brings me to the proposed action on the ballot that I want to dissect today: Measure A. Villanueva is the reason the oversight board proposed this charter amendment.

Measure A asks LA County voters to vote on whether the county charter should be amended to allow the council to remove an elected sheriff from office for misconduct. Supervisors Holly Mitchell and Hilda Solis introduced the motion, arguing that people shouldn’t have to wait until the next election or mount an expensive recall campaign to remove a sheriff.

To learn more about this measure, please read Frank’s breakdown of details in the voters’ game plan.

November 8: Election day and deadline to return your absentee ballot.

(AKA the news you need after you stop repeating.)

*At LAist, we will always bring the news to you freely, but we sometimes include links to other publications that may be behind a paywall. Thank you for your understanding!

Expect! One last thing…before you go, we’re taking you to the pop-up that bridges West African and Filipino cuisine/

Have you ever eaten West African and Filipino food together? Nope? Well, on Sundays at the Riviera Village Farmers Market in Redondo Beach, you might get your chance at a pop-up restaurant called Masarap Cafe. husband and wife duo Felix Agyei and Hazel Rojas offer mixed cuisine from their own origins – Ghana and the Philippines.

I’m talking about dishes like tortang talong – an omelet where grilled eggplant is dipped in egg batter and pan-fried – served with a side of jollof rice. This couple even made their own sauce which marries the most common spices in Ghanaian and Filipino dishes. The sauce is a secret so I can’t even tell you everything in it. You just have to try it for yourself! All I can tell you is that it’s called Masarap – just like the coffee! Check out this place this Sunday!

Learn more about this couple and their restaurant here.

Help us cover your community